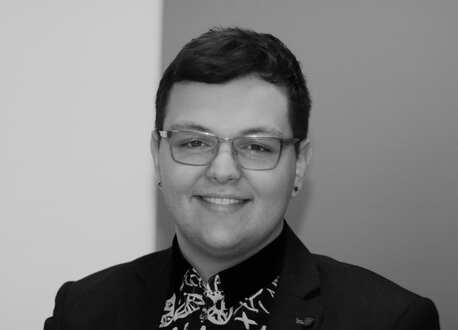 “MAMA Youth has a sensational success rate and made me realise I could do amazing things with amazing people.”

23 year old Ben from Northamptonshire was working in a factory before hearing about MAMA Youth Project from a friend and ‘falling in love’ with the prospect of the unique training model that was set to change his life forever. Ben had found it difficult to fully believe in himself after months of applying for many other schemes and not being accepted and hoped that MAMA Youth’s incredible industry success rate coupled with their mission to help those from under- represented backgrounds could be just what he needed to kick start his creative career.

I was working in a factory unloading lorries but coming down to London every couple of days and meeting people from the network, sending off applications and building contacts up. I had been trying to break into the industry for a long time and it was because of MAMA Youth that I finally came to London to get started and now here I am!

What were your expectations when you applied?
I’d heard great things about MAMA Youth because I’d had a few friends who’d come through it and many people who I met through the network were alumni. The training was highly recommended to me and when I delved into it on the website I fell in love and just thought it was the perfect opportunity, so I applied.

What I knew about MAMA Youth was the incredible success rate, and their message of getting under-represented people into the industry. I had applied for lots of schemes before, such as BBC internships and had never been accepted.
Before MAMA Youth Project I didn’t believe in myself as much as I do now and I wasn’t as confident, especially growing up being homosexual, people around me put me down a bit more than usual and I began to believe it, but going through this process made me realise I could do amazing things with amazing people, and to just do it, so I did!

What are you doing now?
Right now I am production secretary working in scripted drama and hopefully film sometime soon. Ideally, I’d like to become a producer so coming from MAMA Youth Project I knew I wanted to do scripted and having the facilities to learn about other departments and genres in the industry was incredibly important. I have had fantastic advice from MAMA Youth’s talent team when deciding which route to take and I’m hoping to jump into a producer role this way. I also do script reading which has been beneficial too.

How does it feel having a Talent Manager at MYP?
Tors Sorby has been invaluable to me, guiding me through the process and helping me understand the nature of all the various roles within the industry, which I had no clue about before MYP. She is also an amazing person to talk to!

What would you like people to know about MAMA Youth Project?
MAMA Youth Project is an amazing opportunity for young people who might be under-represented and who are not able to get their foot in the door of the media industry. There’s a collective feeling amongst alumni that once we are in and get higher up, it’s up to us to help those people who are still just starting out and guide them through it. When I become established, I want to be able to share my successes and I hope to help others like MAMA Youth have helped me … of course it would be wonderful to one day stand on stage to give my thanks and be able to say, ‘My BAFTA's are your BAFTA's!’