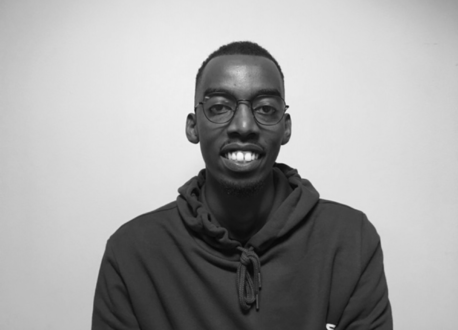 “One bad decision shouldn’t determine the story of your life but second chances are often rare. MAMA Youth makes sure the underdogs get the same opportunities as everyone else.”

Sammy’s parents understandably wanted him to have secure work and consequently he never considered a media career.  Sammy himself knew how freelance television could be and was terrified by its transient nature.  It wasn’t until he finished the MYP training that he realised his dream could be a reality.  Having studied sport at university he worked in retail before returning to complete a criminology degree and followed that with three years as a Special Constable in the Police Service. Amazing then that Sammy now works as a Studio Researcher on BBC’s Strictly Come Dancing ‘It Takes Two’, proving how with a little help and a lot of determination completely changing your career path can be an option. 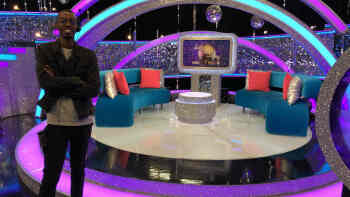 I was working as a Special Constable for the police, having always been fascinated by cars I just wanted to drive one with blue flashing lights!  My Mum’s a nurse in the public sector and my parents supported my choice to undertake police training.

The day to day role of working in the service can really change who you are.  It was a very serious job to have at such a young age.  I’m still only 26 but have dealt with burglary, made arrests, been in a lot of distressing situations and been subject to racist abuse many times.

Increasingly I had a desire to try something new and have always loved cameras, when I could finally afford to buy one I began shooting and making videos. 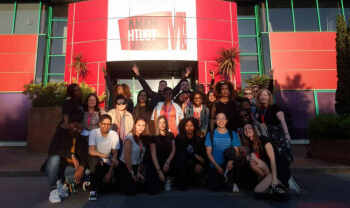 How did you find out about MAMA Youth Project?

Well, the next chapter in my story must have been fate! My friend Godfrey Mercado, also MYP Alumni was posting on my social media about MAMA Youth and it looked great. At that time I had applied for a full time position with the Police and didn’t really believe a place on the MYP training would happen, having applied twice.

In the end it all came down to timing, the police administrators had actually misplaced my application and by the time they found it and progressed me to the next stage I had already secured a trainee researcher role on What’s Up TV with MYP, having previously been a reserve for the scheme. In addition to my work with the police, I was manager at a city gym and had to hand in my notice immediately. 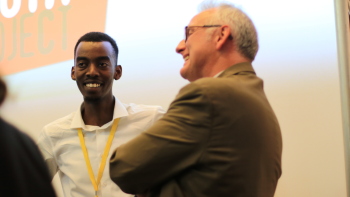 How would you describe the 16 week intensive training at MAMA Youth?

In a word … Awesome!  I was 100 percent ready for a new challenge and really embraced the unknown.I had originally applied for camera operator but am so glad that the expert recruitment team at MAMA Youth saw the makings of a researcher in me.

The researcher role gave me a solid all round working knowledge of such a variety of production skills.  I was placed in the current affairs team and was thrilled to be able to use creative input on a real show, working and learning at the same time.

I loved putting a piece together from beginning to end and seeing it go out live to air, all my ideas and creativity stemmed for that.

What did you find most challenging about the training?

I learnt very hard that you need to be flexible if your brief for an item gets changed, you can’t afford to be precious about it. The pressure was immense.  It was such a test of character for me to learn how to be persistent and I ended up shooting and editing my piece on the very last day of training.

I gained as many life skills as I did production skills and learnt so much about myself and how to work in a team, the whole experience made me realise how much growing I had to do.

How was your placement following the training?

I had 4 weeks placement at BBC in events which I loved having already learnt how my life skills would adapt to production environments.  I worked on outside broadcasts and film shoots and had the opportunity to add to my network.  This led to a year working on The One Show as a Production Management Assistant where I gained so much experience including attending edits.  After this I continued to freelance.  My old role on The One Show has now also been filled by MAMA Youth Alumni. 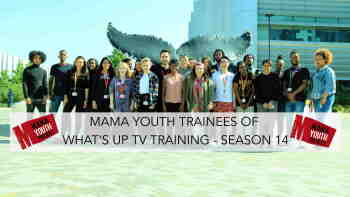 As a Studio Researcher on ‘It Takes Two’ my work is very varied.  It’s a three day turnaround for a live show with 3 producers and researchers working together to gather archive, stills clearance and music clearing, preparing funny segments, making gags and statistics from the 17 series of ‘Strictly Come Dancing’.  I have to view a huge amount of footage.  On studio days I need to brief guests and find additional items for the show like props for floor manager.  It’s extremely fast paced and rewarding. It’s quite different from MAMA Youth but certainly no harder! 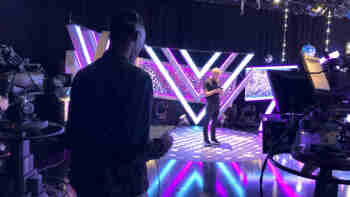 
What advice would you give to young people who maybe in a similar position to where you were?

It sounds obvious but you can’t win the prize if your hat’s not in the ring.  It’s not a given that you’ll be successful or even enjoy it at first but you need to be open to saying yes because opportunity doesn’t often knock twice.  Put yourself out there and know that the help you need does exist.  I found the help I needed in the form of MYP!

What would you say about the personal impact of MAMA Youth on your life and career journey?

It’s changed my life for sure.  Without MYP I wouldn’t have got into television as I just wouldn’t have known how.  My expectations of life would have been very different indeed. 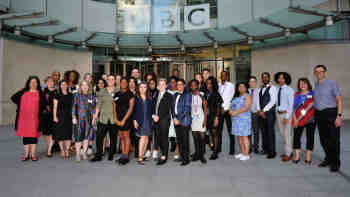 How do your friends and family feel about your success?
They are proud but some of them are still confused as to why I did it. The more I talk about it with them it opens them up into a whole new world and now I am proud to be a positive role model and ambassador for a charity that I believe is crucial for both the industry and society.