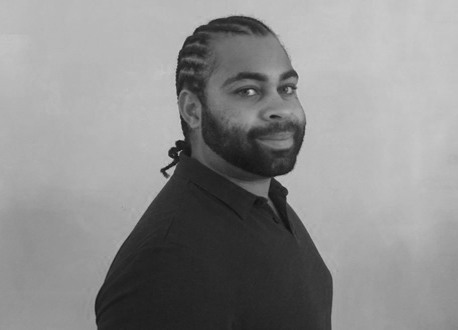 “Underrepresentation at all levels is high so it’s hugely important that MAMA Youth continue to make a difference by showing young people from diverse backgrounds another side of the employment market.”

29 year old Kona from Putney had not considered a career in television, believing like many others that it would be impossible to get into.  His family encouraged him to work hard to get to university where he struggled financially due to the demanding hours and lack of a student loan.He realised then how important it was to plan ahead, save and work towards a good job, especially as one of the only black students at the institution.   So, after finishing his course, when a friend passed him a flyer about MAMA Youth’s training scheme, he threw himself into the series of interviews for the role as a trainee researcher.  Kona knew straight away that he loved the environment and the people, and that Broadcast TV was where he wanted to be.

What were your career expectations following full time education?

At the time, I was full of energy. I wanted to start my own events business as well as have a 9 to 5 job in the arts, but it was hard to know how to channel that energy in the right direction. The MAMA Youth training and support was invaluable to enable me to do that.

I heightened the personable skills I already had and learnt how to navigate and get a foot in the door of what was the British TV industry at the time. I learnt that as well as ability, personality and networking are things that can really take you to the next level.

What did you enjoy most about the MAMA Youth Project training?

The best and most challenging parts of the training for me was securing something for free. Whether that was a last-minute location or contributor. Sometimes we had a great story and were nearly all set up but there was one vital aspect missing. Often people drop out or locations fall through, and it’s hard to find something specific by a deadline and I loved all that.

Many alumni say that MYP intensive training can be a hard act to follow … what came next for you?

My placement after the training was great. I was supposed to go to the digital team but due to three bereavements, I was placed with iPlayer and a music documentary. I wasn’t too happy about iPlayer as it was not what I wanted to pursue, but I made a good friend and colleague there. Regarding the music documentary, that was amazing, and I must have lucked out. I worked alongside a BAFTA winning director in a two-person team in the pre-production and early production of a three-part documentary on the life of David Bowie. The director gave me a researcher’s credit and guided me after I left for The One Show. This is how important being personable and social is, I was proactive in the ways I thought I could get a job and network with people.  I asked for my last day of placement to be on The One Show because I wanted to see what a live show was like. After the show I went for drinks with the team and they all said come back on Monday … and that was it!

I am currently a Topical Shooting Researcher for The One Show. Essentially what I do is the same as what I did for MAMA Youth but for the BBC’s flagship show!  I research stories and ideas that are topical, pitch it to the team in a very relaxed setting, all sat on sofas with no PowerPoint presentations, just a cup of tea.If they like my ideas I get the green light to source contributors, talent, experts, locations, props and kit to film what I have put together.

Once back in the office I then edit produce the film/VT or do the paperwork for the film. I make at least one film every week, so it is a really fast turnaround. Sometimes I film something and that very same day it goes into the edit and is on the live show. It’s also worth mentioning that topical does mean current so if something has been in the news or social media for two days that could already be too old for us to broadcast.

What advice would you give to young people who are seeking career direction?

I never thought of working in TV before MAMA Youth, but I love it. I always say to people not sure on a career path, ‘try TV’. Whatever your interests or qualifications, whether it’s football, space or food, there’s a show for you. I would also say just be yourself and do the basics. It sounds silly but be personable, if you don’t usually smile make sure you smile every once in a while and if you don’t usually, use deodorant (I know, I know but there have been two incidents I’m aware of where people haven’t been asked back) and don’t be late. Everything else just falls into place. Oh, and don’t act like you know it all coming into a production you have never worked on. It’s better to ask questions at entry level than being assertive on something that might be wrong.

How has MAMA Youth impacted your life?

On a personal level, I have built a career I can be proud of, made some lifelong friends, amazing contacts for TV opportunities and what I do outside of broadcast and of course made some incredible memories.

How do your friends and family feel about your success?

They love what I do and are happy and proud of my success, all thanks to MAMA Youth. For me it’s give and take, I love helping people and If I can  guide friends or people that get in touch for advice, with CV’s or getting into the industry, I always will, especially those from underrepresented backgrounds.

Why do you think MAMA Youth is important for young people and the industry?

MAMA Youth includes everyone and shows young people, particularly from ethnically diverse backgrounds, another side of the employment market. It’s something that a lot of people from a variety of underrepresented groups believe is impossible to get in to. This is hugely important as underrepresentation at all levels is high, whether colour, creed, class, gender or disability. Through the training process they also teach you how to better your self-development and when combining the two with your placement at the end of the process, you are pretty much in! Yes, it’s up to you to keep progressing, but MAMA Youth’s support is always there in the background, helping with issues and job progression no matter how high you rise or whether you are just starting out.

I want to say a big thank you to the ever growing and award-winning team at MAMA Youth Project. Thank you! What MAMA Youth do is invaluable, they changed my life and so many others.  To anyone reading this, broadcast TV really is an amazing and interesting profession and it can be and should be open to everyone.