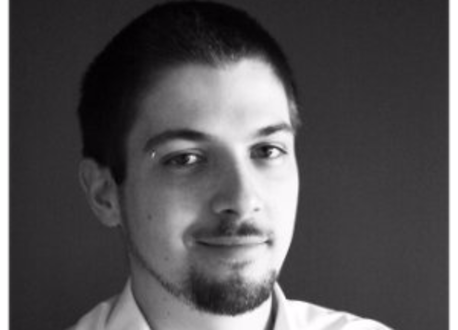 "If it wasn’t for MYP, I strongly believe I would have given up on media"

26 year old Theo Waterfiled, was a trainee researcher in Autumn 2014. He writes about his journey in gaining employment in post production.

"I graduated in 2012 and found myself struggling immensely to break into the media industry whilst still working in soul destroying retail. The closest I got was a flimsy freelance runner job in a post house making tea all day once or twice a week. Unsurprisingly after a month I was never called again for shifts. After this I joined an events company hoping to find a way in through setting up stages, scenes, media events etc. Unfortunately the company undertook so many

different events I found myself doing Ascot and Wimbledon Championships more often than anything to do with media.

In 2014 I discovered MAMA Youth Project! As a trainee researcher on Arts and Events for season 7 we had the privilege to access special occasions such as NFL London and Made in Chelsea fashion show as a TV crew. Other than having to travel across London from Stratford to North Acton (and punctuality is a must at MYP) my three months in training were enjoyable and very eye opening. The internship was full of visits and insights into the media industry and the infinite areas you can work in allowing you to discover ways in. Once the basic skills needed to bring an interview and show together are transferred to you, you to start to discover the possibilities and your potential once you put your mind to it. You develop a professional attitude in order to bring contributors together and overcome hurdles. Established experts and specialists take time to come in and give you the tools needed to be confident and nail presentations and teamwork.

On completion of the programme I went straight into an internship at Warner Brothers, organised by MAMA Youth Project along with two other trainees, and those two weeks eventually turned into an official job there as a media librarian. After a year and a half I was promoted to edit assistant where I entered my area of interest, editing. I am now working in a smaller production company in the post department allowing me freedom to work with editors and assist on projects.

MYP and dedicating yourself fully throughout is not an easy road, keeping your optimism at times is hard. However, like most things in life it is after the event that you appreciate where it has taken you. If it wasn’t for MYP, I strongly believe I would have given up on media or would still be working small unrelated jobs.” - July 2017