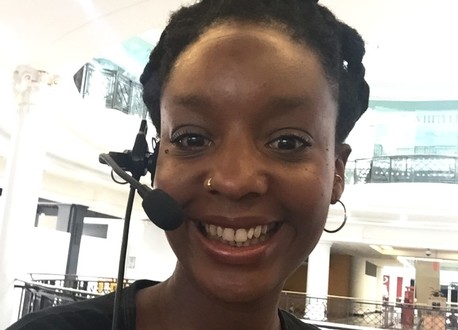 "Thanks to MAMA Youth, I’ve been credited in shows such as Master Chef, The Wright Stuff, Benefit Street and more."

"Before starting the MAMA Youth Project, the majority of my working career was devoted to trying to find as much experience within media as possible. Constantly jumping from unpaid mediocre costume, make up and production work, I felt that my “in” into the TV world was nowhere in sight. Yes experience was gained but I still was nowhere near the door and with limited knowledge on how to do so. Until, an old university friend had mentioned about a TV training programme that had propelled him into the world of television production. He was fully on the floor and immersed into the industry I was battling to be a part of. So I applied as a trainee production manager. From then on one phone call made a complete difference to my working career. “Mmm we think you might be better as a trainee researcher” Bob Clarke, MAMA Youth’s CEO and Found, said to me on the phone. I was accepted and trainee researcher was my position.

Within a week of being there I felt this was one of the most significant choices I had made in my life. I was learning all about TV, through the staff and most importantly through myself. MYP gave me the opportunity to utilise my own skills, in finding contributors and editorially strong subjects. I loved the fact I wasn’t babysat throughout the entire process but was encouraged to use my talents, experiences, passions and even my disappointments to tell a story.  The late evenings, the worries, the panic and the frustration was all part of it, and made the end goal beyond worthwhile. I made four segments that were going to be aired on a major broadcast channel, a result of my own efforts, the staff and accessibility to the facilities MYP offered.

Fast forward to 2016 and I’m still working in TV. I couldn’t imagine another job. I travelled through England, with opportunities for me to take my skills abroad appearing daily. I’ve been a runner in the industry, researcher and now devoting my next steps to becoming a Casting Producer. Thanks to MYP, I’ve been credited in shows such as Master Chef, The Wright Stuff, Benefit Street series two and more. As soon as I finished on MYP and worked at my first indie company, there was not a single part of me that didn’t feel unprepared and my work ethic was stronger than ever, MYP gave me that drive.

For all new trainees, I cannot stress enough how much MYP can help you. Whether afterwards you decide to work in TV, or maybe looking into a different area of media production, you are equipped and completely ready to take on any industry challenge that is thrown at you after doing this program. The ethos MYP is about giving unrepresented groups a place in an industry where diversity is still an issue. Your life experiences are so valuable, that the industry and TV production itself is in great need of hearing. Don’t hold back, give it your all and run with this opportunity as much as you can, the world is waiting to see what you can produce." - September 2016