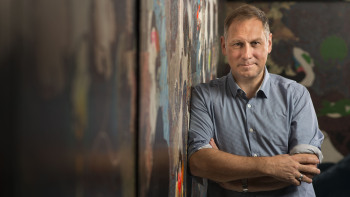 “Hats off, it’s hugely impressive for anyone to have made anything this year under such challenging conditions!” said Philip Edgar-Jones, Director, Sky Arts and Entertainment. “We’ve had productions that have had to stop and start again, even the most experienced producers have struggled, while the Unmuted production team gave us no such issues. The level of their professionalism has been impressive!” continued Edgar-Jones, enthusing about the brand-new show set to launch on Sky Arts, Wednesday 2nd December at 10pm. 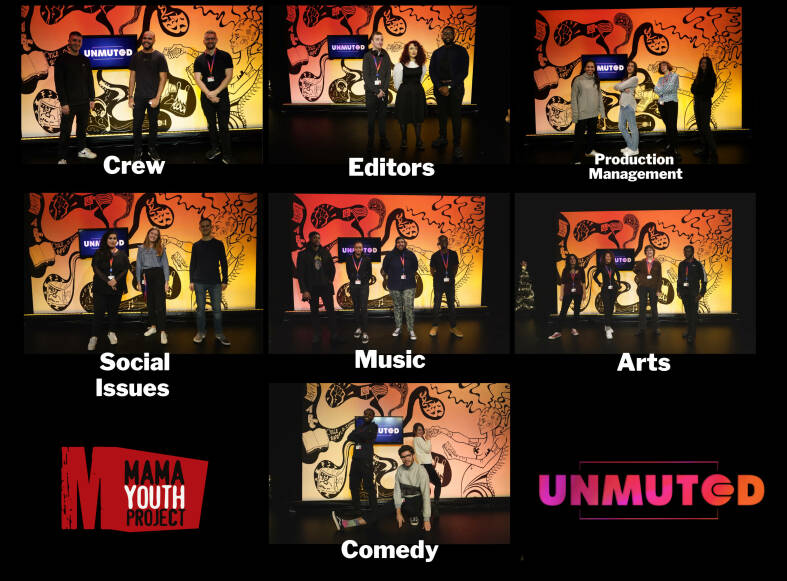 Unmuted, the factual entertainment magazine programme aimed at 18-35 year olds and produced entirely by MAMA Youth Project trainees under the supervision of production staff from the charity’s commercial arm Licklemor Productions, is an integral part of their intensive training. 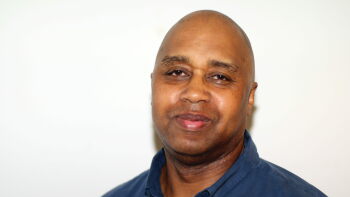 Bob Clarke Founder of MAMA Youth Project and Licklemor CEO, Executive Produces Unmuted and promises a series packed with engaging content, “I’m very proud of the team who produced 4 episodes with 36 location shoots and 4 days in the studio during challenging times to create outstanding results.” 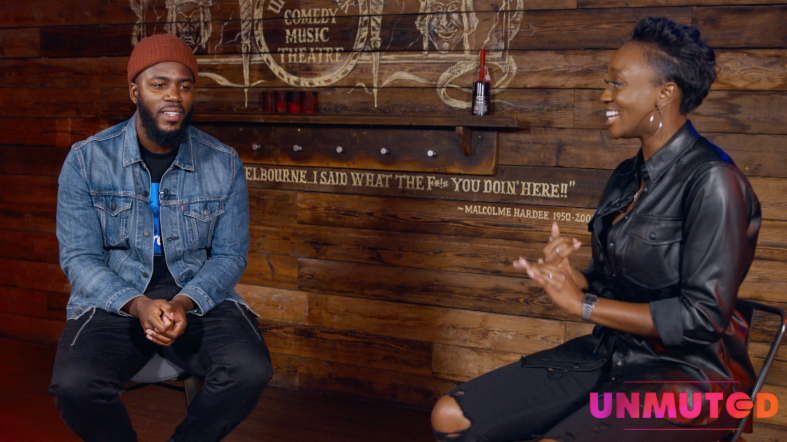 Co-hosted by Remel London and Aaron Roach Bridgeman, Unmuted is the brand-new late-night arts, culture and lifestyle show that promises to take the world you thought you knew and unmute it. With insights on social issues, the arts and some of the biggest names in music and comedy, episode one kicks off with Remel catching up with funny man Mo Gilligan. 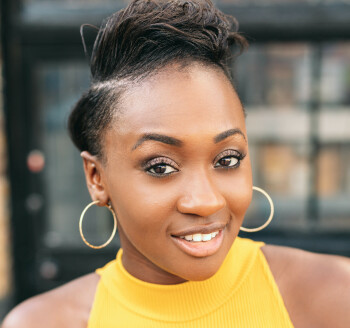 Remel told us, "I'm so excited for you all to see the brand-new series Unmuted on SKY Arts over the next few weeks. We've gone late night and upped the levels! We're keeping it 100, bringing you the best talent in the industry and nothing but good vibes. We pulled his out the bag during a pandemic, the team put their heart and soul into this show and we're really excited to end the year on a high with you all! " 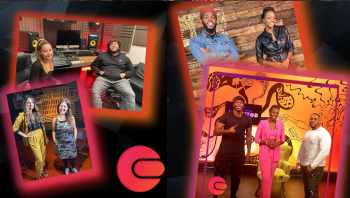 The show features up and coming artists and studio guests in addition to multi-genre filmed segments led by a diverse group of location presenters, taking part in activities and thought-provoking conversations with appeal to wide UK audiences. 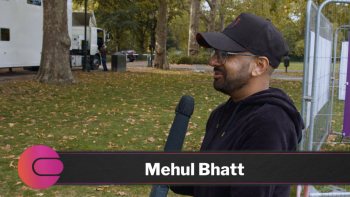 MAMA Youth Project alumnus and Unmuted Presenter Mehul Bhatt said, ”Being a former MYP trainee, it felt very poetic ‘Coming Home’ back to the production this time however, appearing on screen and making my first broadcasting presenting debut at the place that believed in me and gave me an opportunity to start in this industry 6 years ago. This was a unique situation and one in which the trainees really had to get to grips with a fast and constantly changing environment. It was so important for them to be adaptable and they were brilliant dealing with these challenges.”

The 24 trainees who were set to start the MYP production course just days before the country went into the first lockdown have been applauded by industry professionals for the manner in which they navigated the impact of the global pandemic, coping with their first filming experience whilst having to adapt to strict Covid 19 protocols.

The Season 18 Cohort, some of whom originally applied for the course as early as November last year were recruited in February having made it through a rigorous two stage interview process and subsequently subjected to a 4-month delay. Many of the candidates who specialise in camera, sound, editing, production management and television research had already put plans in place to begin their new lives, in some cases relocating, giving up existing jobs and prioritising their savings. Here, they tell us why it was well worth the wait. 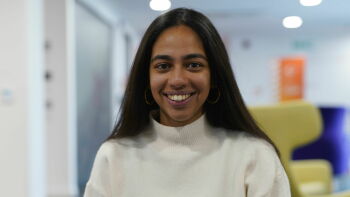 “MAMA Youth Project was the best three months I have ever experienced. The opportunity to create such a relevant arts and culture magazine programme for Sky Arts with a strong inclusive team from around the country was incredible. The excitement of Sky Arts also being free to air, means that the audience we reach is even greater. I am so proud and honoured to be able to have my first credit for Unmuted and it is all down to the MAMA Youth Project.”

“2020 has been so challenging for so many but when this year started, I had no idea that I would end it with earning my first credit as a sound engineer on a TV show! Or that I would be ‘micing up’ Mo Gilligan! The staff at MAMA Youth nurtured my growth as a professional sound operator from the ground up. That is not a small job to be done in 14 weeks, especially during a pandemic. When Covid-19 affected our productions, we braved the storms as a unit. We went through everything together and had to learn new ways of reaching our goals during a dangerous time, but when we prevailed, we all shared the victory.” 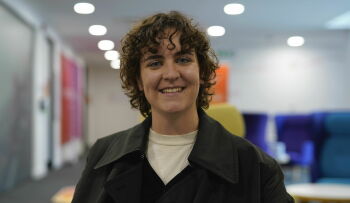 “It's been a real joy to work on the first season of Unmuted. As a researcher on the arts team and having gone to art school I was very excited to be able to give a platform on Sky Arts to practicing creatives, especially within a late-night format where you can push the boundaries a bit! Having a hand in creating concepts for the new show was really insightful. Starting with a blank canvas, the team had to think about how to make the style of our items cohesive. I am very much looking forward to seeing the finished product,
Unmuted! ” 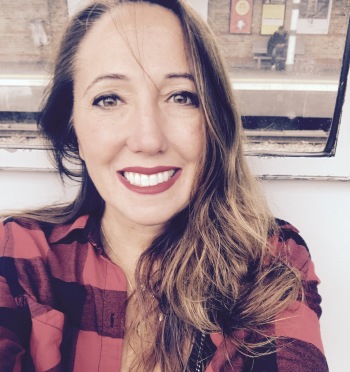 Benedetta Pinelli Executive Producer, Sky Arts said, “We are incredibly proud of this cohort and their achievements. Unmuted is an important show for Sky Arts as it reflects the diversity and inclusive nature of the channel. We are excited to be able to give young people a platform to express themselves and bring us stories that matter to them and that deserve to be heard.”

The biannual boot camp style training is followed by industry placements in addition to long term career support with 100% of its alumni working in the media 6 months after completing the programme and plays a role in the industry’s future which Philip Edgar-Jones believes is vital, “It is now more important than ever to support the next generation of creatives. During these difficult times we are in danger of creating a lost generation of talent due to the pandemic. Unmuted is massively important to our portfolio in reaching out to those under-represented communities by making programmes that are relevant and diversifying to reflect our audience.

The MAMA Youth training is brilliant and gives us a growing talent pool yearly that we can tap into as well as recommending to others. I’ve sat in the boardroom while MYP’s enthusiastic young trainees have made their first ever pitch to a broadcaster and I’ve heard more ideas in that hour than I have from professionals who have been in the business for years!” concluded Edgar-Jones.

Viewers are invited to join the Director of Sky Arts for the opportunity to see those boardroom table ideas make it at last and against all odds to air in Unmuted Season One, Wednesdays on Sky Arts. 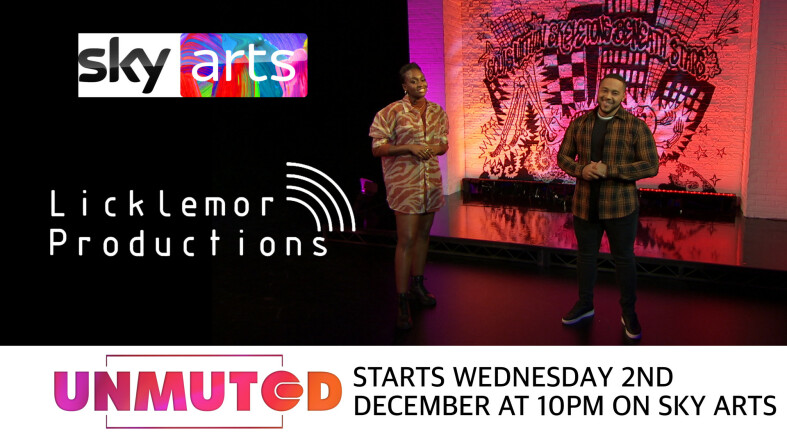