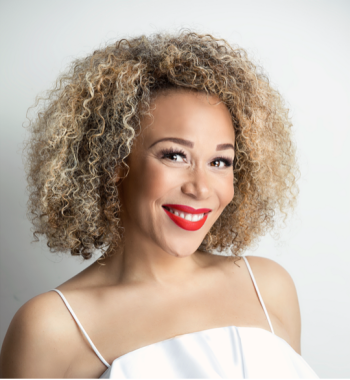 As the regular face of the Entertainment news on ITV's Lorraine, Ria Hebden is part of a new wave of exciting TV Presenters hitting our screens. Passionate about telling stories that celebrate diversity, champion women and inspire the next generation, Ria’s hard work and tenacity led her to being nominated for the Debut Presenter award at the 2020 Edinburgh TV Festival New Voice Awards along with the New Talent award at the 2019 Women in Film & Television Awards. Ria’s career highlights include; presenting Sunday Morning Live on BBC One, delivering live OB’s for This Morning, appearing as a Friday night panelist on BBC Two’s Strictly It Takes Two and broadcasting live for BBC Radio London. Ria is a mentor for the Media Trust and also moderates panel discussions for the Royal Television Society, ScreenSkills and the Media Production Show, to name but a few.

"For many years I’ve long- admired the important work that Bob Clarke and his team do to support young people who aspire to have a career in Television who for various reasons, find they’re unable to access the industry or secure paid work.

MAMA Youth project not only creates a structured, collaborative learning environment which teaches the basics of TV production, but it also empowers people with their first production credit and helps them to find long-term work placements in the industry, elevating people to opportunities they never deemed possible. It is for these reasons, that I’m thrilled to support their work as an ambassador for the charity”, said Ria. 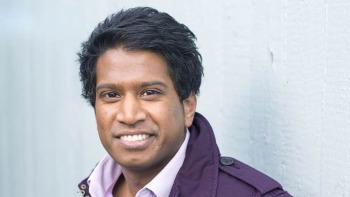 Established Television Presenter and journalist Gavin Ramjuan has been a regular correspondent on BBC News, BBC Sports, and Sky News. He has also appeared on a variety of  ITV programmes as well as presented and produced documentaries for Yahoo and hosted many live sporting events.

Most recently, he has launched a multi-channel broadcasting network known as ‘Manzilla’ a men’s focused news and entertainment platform. He hopes to provide men of his generation with a positive voice and is an advocate for self-improvement.

Born and bred in Worcestershire Gavin began his television career as a runner for Ant & Dec, making the most of every networking opportunity and learning everything he could from his time there until he eventually landed a presenter job at Newsround before joining the presenting team on ITV’s breakfast news show, Daybreak.

Gavin is also a high profile motivational speaker to international audiences, teaching business and youth groups how to make stories more meaningful, and navigating diversity and barrier-breaking in his own career. His cumulative experience in the TV industry and as a media personality demonstrates his work ethic, motivation and commitment to positivity.

MAMA Youth Project CEO, Bob Clarke commented, “The charity is delighted to have a broadcast professional with Gavin’s experience on board, we share the same energy and enthusiasm for effecting change and I’m excited to see what this new collaboration will mean for the many young people MYP supports throughout the media industry.” 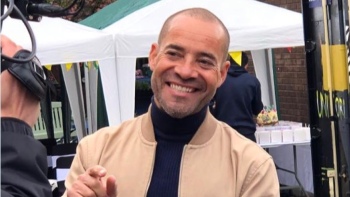 Liverpudlian Kevin is currently a regular reporter on BBC1's The One Show where he can be seen reporting on films covering a whole variety of subjects from Potholes, Speed cameras, Breakdancing and mountain climbing to more serious issues like The Chilcot enquiry, Brexit, his NHS Crutch amnesty campaign and interviewing HRH Prince Charles. He has also presented The One Show. He is now just about to start his 4th series of Health: Truth or scare (BBC1) which he co-presents with Angela Rippon, where he investigates the myths and debunks the Health headlines.

At present he has just wrapped on filming a 2nd series of BBC1 daytime programme Britain’s Secret Charity Cheats where he investigates and exposes charity fraudsters but also celebrates the great work that our charities do.

Prior to this Kevin trained and qualified in Dance and drama where he went on to perform on many TV shows and also the hit musical Starlight Express in Japan and London's west end for 9 years(yes hes a very good skater) On leaving the show he presented a range of programmes from property and cookery to sport, hobbies, travel and current affairs. As a presenter on BBC1’s Holiday show, he became their unofficial adventure sports expert, Kayaking, bungee jumping, horse- riding, ice-skating and mountain climbing for the show. He also presented for the Travel Channel Around the World, a lifestyle property programme in which he presented a wide variety of international homes to potential buyers from the UK.

Fluent in Spanish, Kevin presented Spanish and European interactive language programmes for the BBC. He was culinary quiz master on the show: Who Wants to be a Great Cook? Presented Allsorts for Channel 4; a programme where he met people from all over the UK with peculiar hobbies! This continued in the series Model Mania, for the Discovery channel, which was popular with model makers all over the UK.

Kevin is a very keen property developer, he project managed restorations on his own properties including a Grade 2 listed house and a five year renovation project, transforming his own Farmhouse and land in rural Southern Spain. He fronted a financial property show entitled Property Boot Camp, in which he helped buyers budget, renovate and transform their properties both at home and abroad.

He is still recognised by kids and parents from hosting the long-running successful children’s hit programme Blues Clues for Nickelodeon/Channel 4. This unique programme combined live action with computer animation. Alongside this he co-hosted BBC7’s Big Toe Radio Show a live radio magazine show.

With his Liverpudlian accent, Kevin is a very popular choice for voice-overs and narration. He can be heard in numerous commercials from Adidas to the Army and has recently narrated a BBC1 Documentary series called "A Matter of life and debt".

To compliment his personal training qualification, he has currently completing his training as a life coach. He gets great satisfaction from learning, studying and self-improvement.

Kevin divides his time between his TV commitments with giving talks to schools and colleges about his 3 c’s “Confidence” “Commitment” and “Continuity”as well as working as a facilitator for Seetec Justice who provide Young Offender Attendance centres for the government in which he coaches and mentors young offenders and helps them to look at life in a different way and guide them onto a better path. Its these skills alongside his 25 years experience as a broadcaster and journalist that makes Kevin very excited about the future. Kevin's cumulative experience in the TV and entertainment industry and his coaching position working with young offenders and Adults, demonstrates his excellent patience, empathy, motivational and communication skills.