MAMA Youth Project will launch the second round of their Two-Way Mentoring Programme this month, supported by ScreenSkills using National Lottery funds awarded by the BFI as part of the Future Film Skills Programme.  The Two-Way Mentoring model aims to promote a better understanding of unconscious bias and close the knowledge gap on both sides, focusing on the mutual exposure to new ideas in addition to personal and professional growth. 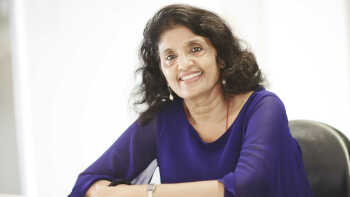 Seetha Kumar, CEO of ScreenSkills, said: “ We are delighted to be working with MAMA Youth again on mentoring after the success of our collaboration earlier this year.  We have a shared commitment to finding and supporting talent and crew from groups under-represented in UK screen and believe that mentoring can play an important role in building confidence and sharing the expertise of practitioners.  That can be particularly valuable for those without their own contacts in the industry.”

50 MAMA Youth Project Alumni will again be matched with high profile multi-genre television professionals to embark on a six –month programme which has proven direct and immediate outcomes to working environments.  The launch follows the success of a first round which provided an opportunity to exchange perspectives around improving and understanding diversity and inclusion within teams.  Taking place throughout lockdown, the scheme proved to be a lifeline for many mentees managing uncertainty in unprecedented times.

Former MAMA Youth Project trainee Researcher Raidah Rahman said, “Having a mentor has been so encouraging as apart from the MYP family, I felt I had no other connections to the industry whatsoever during the pandemic which was very isolating.  I expected to get some advice but got so much more, she has given me a great insight into the media as a freelancer and has opened my eyes to the possibility of the technical side of television, creating potential opportunities for me in this area too.

Some of my peers that have taken part in this programme have talked about their mentors ‘pulling them out of darkness’ which I can understand because it’s so easy to put yourself down in such a hard industry during such hard times, but I can honestly say this relationship has been like a ‘professional pick me up.’

I ceased to feel alone when I connected with Amanda, I felt she believed in me and after talking about difficulties I’ve faced in my life she made me realise that anxiety need not stop me reaching my goals. It was like an escape and refreshing to get out of a stuck mindset and be shown what my future could look like.  My mentor has gone above and beyond opening doors for me and is so encouraging, relatable and open about her own experiences both negative and positive.

I wanted to pair with a strong female within the industry and got an older sister figure who has helped me professionally, personally and practically.  I now feel excited for the future and couldn’t have hoped for a better outcome from this partnership.”

I feel it’s important to support those who are searching and applying for their exciting new career paths within the media industry and realised it could be a helpful place for me to share experience and encouragement during Covid-19. I’m pleased my mentee has found the meetings we've had to be helpful and uplifting, I aim to increase her network and have some practice interviews with her.

I also find with such an age gap I’m able to gain from her insight into the world of online social media and how such things as YouTube channels work and I’m looking forward to learning more about how the younger generation think and operate.”

MYP reporting following the scheme’s inaugural round showed that like Amanda, many mentors highlighted having been inspired by young people, gaining a valuable insight into their interests and how social media works, as benefits.  Mentors also gained from the opportunity to reflect on their own growth and the environment they work in, in addition to enhancing their leadership and coaching skills.

It was found that the impact of one to one guidance for mentees has meant increased visibility and recognition for them within the industry, developed their strengths and taught them new skills.

The scheme has also seen the extensive reach of positive industry led conversations in some cases helping to bridge geographical divides.  MYP alumni originating from rural areas and locations across the country say they now have more confidence utilising their skillset to find work outside London and have, with the help of their mentor, built an increased network to support such transitions. 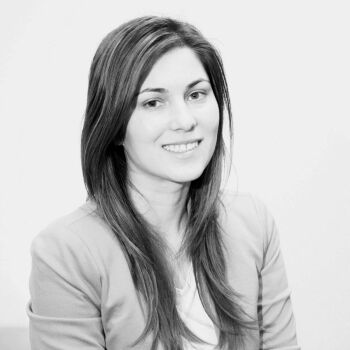 Programme creator and MYP Director of Operations Cristina Ciobanu concluded, “We couldn’t be more inspired by the positive outcomes of this scheme and are excited to be launching a second round as well as the prospect of making mentoring a continuous offering to our trainees in the future.

It was a relief to see the programme thrive during lockdown due to some executives finding themselves with a reduced schedule and using available technologies to attend meetings with ease, enabling them to remain engaged.

We are extremely grateful to ScreenSkills in addition to independent volunteers who have come forward to share their valuable experience as well as professionals from industry partners such as Sky, BBC, Endemol Shine, The Garden, Warner Bros, Freemantle, HBO and many more.

We are fortunate to have Commissioning Editors, Executive Producers, Heads of Development and Production Managers among those dedicating their time to further understand the challenges faced by under-represented groups through participating in this programme.  Our mentors will continue to make a tangible difference by increasing the employability chances for young people who are just stepping onto, trying to stay on, or move up the industry ladder.” 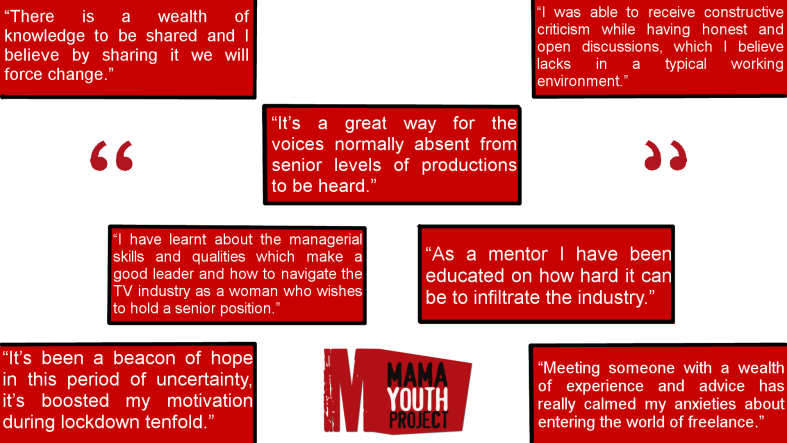