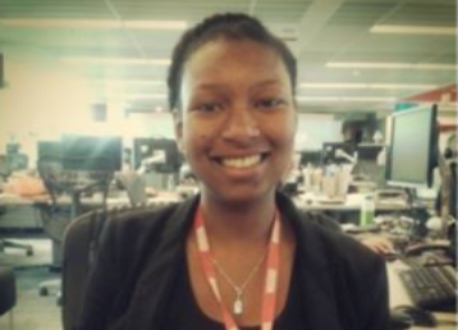 ''After I finished a Media and Communications degree I struggled to get work within the TV industry.''

''After I finished a Media and Communications degree I struggled to get work within the TV industry.  I believe that was largely because I didn’t really know what working on a professional production entailed.  After a period spent travelling abroad, I settled for a job unrelated to media production.  Working in an industry I was not passionate about became increasingly more frustrating, so I left my job and joined MYP as a Trainee Production Manager.

In this role I was treated like a member of staff.  I was trusted with many important tasks such as scheduling teams and handling money.  Problem solving was also a key part of my role and I often had to think on my feet. The biggest challenge was coping with the long hours, which produced extreme tiredness and heightened emotions, an experience that you never truly understand unless you work on a professional production.

During every second spent with MYP I gained more confidence, knowledge and skills that were highly useful for developing my media career.  The MYP staff were all keen to support me in achieving my goals and even helped me to gain a full time position at the BBC.

Now that MYP have facilitated me getting my first job with a professional broadcaster, I hope to build a career in production management.  MYP also gave me the opportunity to network with many industry professionals that work for the BBC, Sky and various independent companies.  However, the best part was getting to work with a host of other talented trainees that I am certain will become future colleagues. '' - June 2014