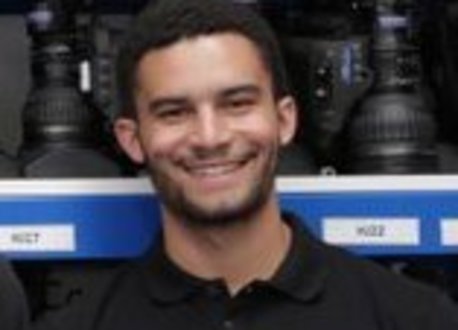 ''As I got older and went through some difficult things, I could start to see that what I was getting into a lifestyle that wasn't going to last ten years''

21 year old Jordan Heron trained on the scheme as a sound recordist. He graduated June 2015 and is currently employed at Procam Televison.

"Hello my name is Jordan and I’m 21 years old. I grew up in London and I’m currently a warehouse technician/junior sound recordist at Procam Television. I was on the MAMA Youth Project scheme, making What’s Up series eight.

Before MAMA Youth Project I had no idea what a sound recordist was. I used to wonder to myself  how sound was recorded, as it is impossible to catch the sound of certain things with a simple camera. But I never really researched it until the day I applied for the MYP training.

I had previously been to four different colleges and wasn’t really sure what I wanted to get into. At college I studied a range of subjects from; business, media, electronics, construction and engineering. But while I was at school and college I was getting involved in the wrong things.  By doing this I started putting my career and education second  until  it got to the point that I was going to college just so I could say I was doing something and not just hanging around.

As I got older and went through some difficult things, I could start to see that what I was getting into a lifestyle that wasn't going to last ten years, let alone a lifetime. So I put a little bit of distance between certain people and myself and started to focus on me. My mum’s friend managed to get me a job in retail but I decided to leave after a month, as I had no desire or passion to work in retail. So I left and went back to what I was doing before.

One day I came across MAMA Youth Project by luck.  My mum introduced me to her long lost sister who she had recently met. My mum had told her of my situation and what I was up to. My auntie knew about MYP, she told me the basis of the charity and I thought I could definitely do one of the roles. I looked up the role of a sound recordist on Google, liked the look of it and went for it.

Whilst at MYP I learned a lot of life skills and lessons, not just about how to be a sound man. The experience introduced me to people from all different backgrounds that I wasn’t used to being around and it helped me learn how to interact with different people, not just with people from my own background.

It also taught me the importance of time keeping and reliability and how it affects others when you don’t keep to it. Bob Clarke (the founder and CEO) was also very inspiring, coming from the same kind of background as I did and the same area as my dad, I could relate to him and his teenage situation of joining the army. But most importantly it put me onto to the path of an industry where people like me wouldn’t usually get the chance to join. The staff are all very helpful and understanding if you are honest with them. I like to think they have all helped change my life for the better and I’m very grateful for that". - November 2015