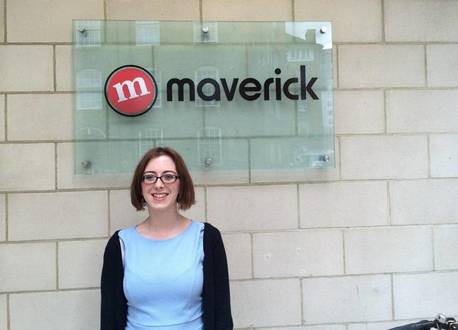 ''I was tired of not hearing back from TV applications.''

Laura tells us 'What's the Craic'! Laura is originally from Ireland and moved to London to pursue a career in the broadcast media industry.

"I found out about MAMA Youth Project through twitter and I almost didn't apply because I was tired of not hearing back from TV applications.  Before MAMA Youth Project I found it hard getting TV jobs, especially since my family are back in Ireland so I had to work “normal jobs” to pay the bills.  I really lacked confidence and I often undersold myself in interviews.

I was a trainee researcher for series 6 of What’s Up and worked on the social issues team.  To say I learnt a lot in the three months of the scheme is an understatement.  I learnt so many useful practical skills and the contacts I have made in the BBC and beyond are priceless.  I have also made lifelong friends who I know will be future colleagues.

I am now working as a receptionist for Maverick Television. I still have bouts of low confidence but there is always someone at MAMA Youth Project with a cup of tea and a pep talk". - August 2014