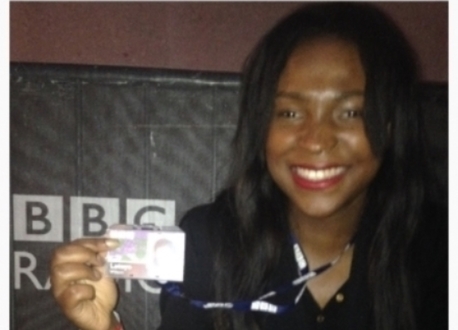 ''Mama Youth really do encourage us, as young people to have a voice''

''Seizing opportunities, especially those of a creative nature has almost become habitual for me. With the dreams of having a successful career in television, nothing discouraged me from this goal. I had set-backs like many recent graduates. But it was this one decision to apply for the MYP that was instrumental in the beginnings of my career.

At MAMA Youth’s core is comradeship, celebrating diversity and creativity which embodies the same ethos as the television industry. In a military-like style we were taught the ins and outs of the industry, and thrust in the battle fields of production. As a researcher, I faced many fears like cold calling agents, finding locations, organising shoots.  The resilience of my fellow trainees and the staff at MAMA never faltered. On occasions we worked into the early hours, undeterred, fixed on our mission to create television gold. The support of SKY, BBC and other organisations was undeniable. I really appreciated the networking; the delightful anecdotes of industry professionals, reinforcing my passion to succeed.

Having such editorial control over our items, not only challenged me but also unlocked a passion for writing.  Mama Youth really do encourage us, as young people to have a voice, (something that is absent from our screens) I was able to write interviews, briefs and even a meaningful ending piece which has led to the perfect entry level role on BBC’s continuing drama Holby City.  As a script runner, I support the editorial team in formatting, amending and distributing scripts. Watching the development process right from conception to shooting is exciting. I have recently secured a longer term contract with the show and as I continue to grow, I hope that one day I will be able to make a difference to television drama. Until then, I come away with one certainty – The work that MYP does is life changing, so I urge anyone serious about television to apply!''

Latoya Wilson was supported throughout her training by Bexley Heath JCP. - September 2014