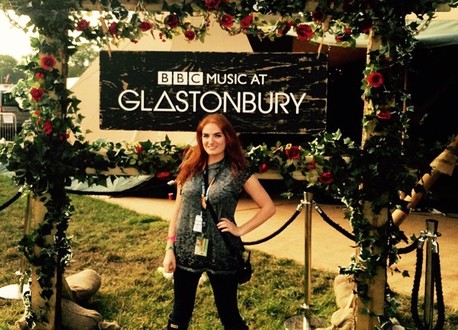 "MYP will give you a ridiculous amount of experience; to the point my boss has admitted to me that they thought I was telling a few porkies in my job interview about what I had done!"

Lindsay MacCallum is 25 years of age and from Leytonstone, East London. She graduated from the scheme July 2015 and is currently working with FOX Networks Group.

"I have always wanted to work in media and I assumed getting a degree in media production would automatically guarantee this. I would send out my CV constantly and wouldn’t hear anything back due to lack of experience, so I eventually gave up. I started working in monotonous admin jobs which paid fairly well but I hated it. It wasn’t until my mum got seriously ill that I decided that I needed to push myself and try again. I had been made redundant, so signed up to the job centre in a hope they could find me a “career” and that’s when I heard about MAMA Youth Project.

I worked as a Trainee Researcher at MYP in the music team and was provided with two weeks of intense training at the BBC Academy – which was great. It was quite difficult for me at first as I love music but don’t listen to much pop music, a lot of my artist pitches were rejected as they were too alternative or unknown. This however was great for me in the long run as it built up my resilience and I never gave up.

My time at MYP was one of the most challenging things I have ever done but I wouldn’t change it for the world. Being there is like a TV bootcamp - there will be early mornings, long hours, bickers and tears, but the feeling of securing your first contributor and producing your first shoot outweighs it all.

I lived quite far away so would have to wake up very early and then go straight to the hospital after work to visit my mum. This was really hard as I had no time to myself and had to put my worries about my mum to the back of my head so I could get the best out of the experience.

After leaving MYP we were rewarded a BBC placement and I was put in the Music TV team due to my passion for music. With BBC Music TV I went to Glastonbury on the film unit team and also worked on a few music documentaries. I learnt so much and even got to shoot a few bits that aired on the news. My advice to anyone on a work placement would be talk to as many people as you can and be as helpful as possible without looking too desperate. This will help you with the next steps of your career, as word of mouth is so important in the TV industry.

After finishing my placement finding work was tough and wasn’t constant – you will even find that companies/shows will sometimes promise you work and then it will all fall through. I was very close to giving up as financially it was becoming tough to carry on and I started to doubt myself. I however didn’t give up and landed myself a permanent position with FOX Networks Group (FOX, Nat Geo, Nat Geo Wild, Your TV) as a Production Assistant for the On-Air team. We are the “in-house” creatives, and create all promos for our TV shows and sponsorships. I have now been with FOX for 8 months and I am already making my own promos for the channels. I love my job and would no way be where I am today without MAMA Youth.

MYP will give you a ridiculous amount of experience; to the point my boss has admitted to me that they thought I was telling a few porkies in my job interview about what I had done! MYP staff and alumni will become your family and an extremely important network. The team work so hard to ensure you do well, even if you don’t realise it at the time. When I was first offered the job at FOX I hadn’t used AVID before, which was a requirement for the role. I contacted MYP and asked if they could help me out and Bob Clarke - who is the CEO and Founder, as well as a professional editor - invited me in and taught me how to use AVID.

I am eternally grateful to MYP and hope one day I can be in a position to repay them by hiring future MYP alumni." - September 2016