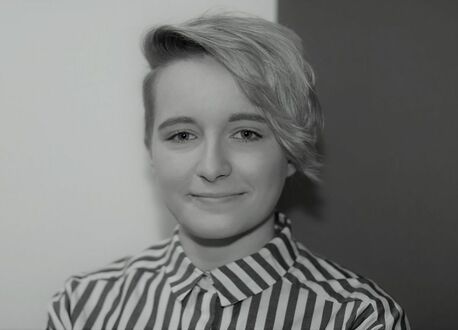 "The belief that MYP gave me to hold my own and work in an industry that would otherwise pay no attention to me is priceless."

Rosie grew up in Cheshire where she found opportunities were limited after finishing education.  She felt her isolation was further compounded as a young gay woman in a religious rural community.  After travelling to college in Stockport to complete a BTEC qualification in TV and Film Production but not knowing a single person who worked in the industry she struggled to get accepted for every apprenticeship, scheme or role she applied for.Rosie was working in a Pharmacy when she first heard about the MAMA Youth Project training scheme and never looked back, now at 23 years old she is an accomplished Freelance Edit Assistant looking only forward to a fulfilling future. 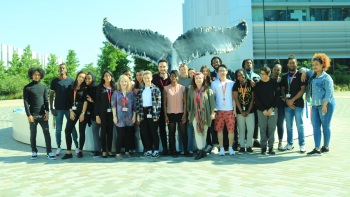 What was your life like before MAMA Youth Project?

My parents have always been supportive and didn’t pressure me to go to university and I didn’t want to go.  I knew I wanted to obtain practical experience but couldn’t see a clear route to break into the creative fields that interested me.  At that time my career expectations were at an all time low.I started to work full time at the pharmacy and was about to take a further qualification in medicine when I saw the MYP training advertised on Twitter. 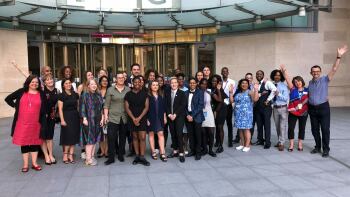 Having taken the chance to leave a potential pharmacy career to train in TV production what happened next?

I got accepted by MAMA Youth as a trainee Researcher on the comedy team.  Amazing! The pressure to succeed was huge but so was the amount I learnt in such a short space of time.  I can’t rate highly enough the benefit of other people’s experience, that’s made all the difference to me.  The entire process was actually life changing.  I was the Item Producer for What’s Up TV’s tribute to the late Bruce Forsythe which I found very tough in terms of content, shoots and edits but equally so rewarding.

The belief that MAMA Youth Project gave me to hold my own and work in an industry that would otherwise pay no attention to me is priceless.  Bob Clarke and his team believe in true diversity and aren’t afraid to push the boundaries.  Who would expect a group of young, diverse, inexperienced people to create a television show for a Sky channel just weeks after beginning their industry training? 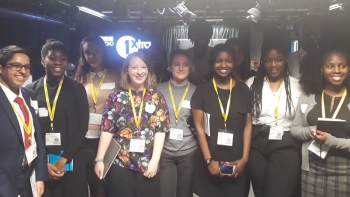 MAMA Youth arrange placements at leading broadcast and production companies and continue to support as you enter the industry and beyond.  This was such a valuable time for me, I learned a multitude of new skills and made some really good contacts.  Working in BBC TMO who deal with many of aspects of TV, I was involved in repeats and re-versioning, compliance edits for world news and short forms for BBC’s You Tube channel.  I felt valued, got along well with my manager and producer and kept getting asked back for paid work for a year before getting further contracts. 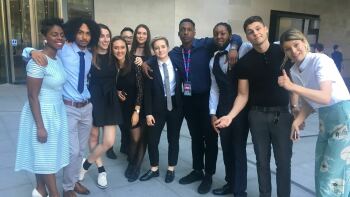 What is your current role?

Edit assistant for BBC Three in general post- production, adding graphics, sync mapping and liaising with editors.  I have travelled with this job, spending time on location in Greece working on Heartbreak Holiday where I was responsible for transferring footage, data wrangling and transporting hard drives back to the UK as well as ingest and logging hours of footage each day.  It sounds glamorous but it’s a fast paced high pressure environment. 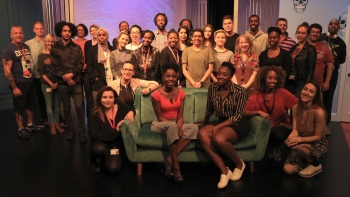 What advice would you give to others seeking a broadcast media career?

Take a chance and apply for something that you don’t think you’ll get. Do your research and be smart about your applications and CV, take all the advice available and opportunities where and when they arise, even if you don’t think it’s exactly what you want. If you face big hurdles on a personal level like I did, don’t give up and make sure you keep the connections you make.

If you have a passion and believe you can work hard and push yourself, apply for MYP.There is no other experience out there like it and you will see the benefits of it in every stage of your career. 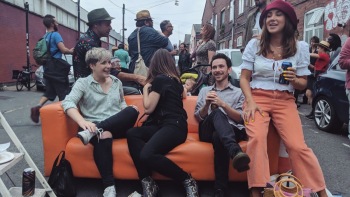 How do your friends and family feel about what you have achieved?

They are so proud of my success and really grateful that I was able to find an additional family with MAMA Youth after so many rejections. Others close to me have seen how MYP has completely changed my life, I’ve moved down the country and I’m working in an industry that I’m passionate about in a role I never thought I’d be in.

How would you describe the importance of MAMA Youth as a charity?

I think MAMA Youth provides opportunity as well as real world skills to people who wouldn’t usually get them. It differs from so many other schemes as so much responsibility is given to the trainees. Working on a national TV show is certainly the big stage and it inspires you to perform, giving the very best worth you always knew you had but had no outlet for.  MAMA Youth’s mission and ability to create new talent for the media doesn’t stop there, with their efforts I really believe we will start to see more authentic and diverse stories on our TV Screens.This project changes lives and in turn is changing the industry. 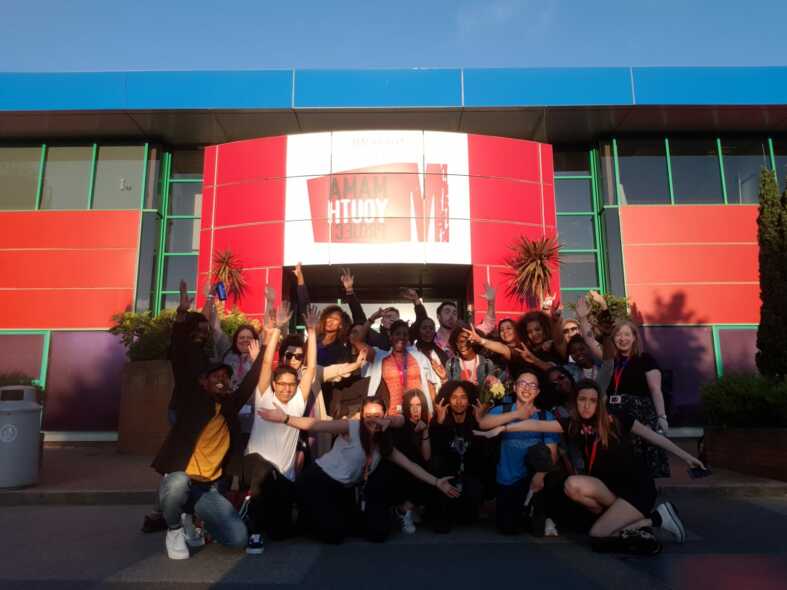